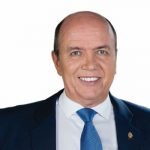 Biography
HE Mr Rafael Ortiz Fábrega was appointed Ambassador of Costa Rica to the United Kingdom of Great Britain and Northern Ireland on 31 October 2018. Before joining the Embassy he was the Congressman of Parliamentary Group of the Social Christian Unity Party.